New Year’s Day is the biggest holiday of the year in Japan.  It used to coincide with the Chinese New Year, but that is another story.  It is a time for gift giving, celebrations, feasting, and visiting one’s ancestral grave sites.  On New Year’s Eve, millions of Japanese visit their local Shinto Shrines and Buddhist temples.  Temple bells toll 108 times.  It is believed that humans have that many “passions” or sins.  Each strike of the bell supposedly drives away one such passion.

About a week before January first, people start their “Big Cleaning”.  Students scrub the floors of their schools and dust every nook and cranny.  Employees do the same at their work sites. Public parks, the road in front of one’s home, and one’s garden get the clean treatment too.  It is very important to start the new year out in clean surroundings.  In Japan, cleanliness is indeed next to Godliness! 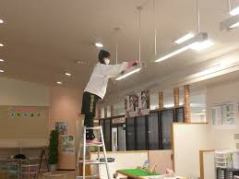 From left to right, photos courtesy of:

One of the traditional foods served on the eve of the hibernal, or winter solstice 冬至  is the Japanese squash called kabocha.  This squash is harvested in the fall and allowed to “rest” outside in the cool air where its flesh sweetens with age.  My wife served a really tasty kabocha dish on the 20th of December.  It goes with just about any meal from steaks to mac ‘n cheese! They are found in most supermarkets.  Here is  how to prepare it—-Enjoy!

1.Wash the skin, cut in half and scrape out the seeds.

2. Make slices about a quarter inch thick, leaving the skin on.

3. Heat a frying pan under slow heat and add about a tablespoon of olive oil. Fry on both sides until the orange meat is tender.  Add salt and pepper.

Another recipe that is strictly Japanese style is as follows:

Japanese companies often rely on unqualified employees to translate ads, menus, instructions, etc. into English.  The results are often mystifying.  I found this example in The Economist:

Many big grinding comes with being fun too close on grid of power! For ease of honor, find early the grand gateway much closer to away. Much regards please.

We can only wonder!

“Yuki felt  he was being swept along by some unseen force.  ‘Is it Fate hiding like the black garbed bunraku puppeteers?  Is Fate toying with me?’, he wondered.”

Puppets? If you are old enough, you might think of Howdy Doody.  No?  Well, you’ve  probably seen those jerky moving wooden dolls that are suspended on strings at one time or another.

Bunraku, or puppet theater is a different take on puppetry.  Japanese puppets are often large, somewhat similar in size to those that ventriloquists use, but it takes three men to  manipulate them. 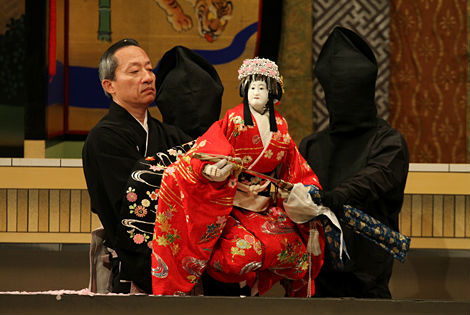 The face of the omozukai, or main puppeteer is visible.  He manipulates the head, right arm and hand of the puppet which is called a ningyō. Two other puppeteers where black gowns and black hoods.  They move the ningyō’s arms, hands, legs and feet.  All three men employ shafts and levers inside the doll to make it move.  Although we see them in plain sight, it is easy to ignore them as we focus on the ningyō’s graceful, human-like movements.

A chanter (Tayu)  narrates the story and  recites the puppets’ lines. A musician accompanies the Tayu  with a three stringed samisen.  The music serves to intensify the puppets’ emotions and movements. The elaborate costumes and stage sets are captivating even to those who do not understand Japanese.

Come, take a look at the first clip, but watch carefully…is she a beautiful woman or a demon in disguise?

To learn more, watch this NHK Educational Corporation video.  It is about 30 minutes long, but it is well worth the time to watch it. NHK is the government owned TV corporation.